On 15 September 2014, insolvency and business recovery specialists McDonald Vague advised 288 former employees and unsecured creditors totalling $13.112 million that a total dividend pay-out of 100 cents in the dollar had been made to most of them.

Given that this was a large corporate failure with initial unsecured claims in excess of $25 million this is a significant pay-out.

Early on in the liquidation it looked like creditors would face a nil dividend.  The steps taken to achieve this result include:

A novel element to the liquidation which had a positive result on the outcome is the solution to a number of voidable preference claims.  These challenges can be costly and take time to resolve.  The liquidators' advisers had proposed a cost-effective solution to resolve the preference issues, as some parties had been paid (preferred) ahead of the others.  The proposal was accepted by both the liquidators and the preferred parties.  McDonald Vague as a result established and oversaw a Preference Trust.  The operation of the settlement agreements meant that the payments to remaining unsecured creditors have been significantly topped up by funds paid into the Preference Trust from the preferred creditors.  The purpose of that trust has now been met.

The funds received into the liquidation in future will, after meeting liquidation costs and expenses, see dividends paid to the creditors that contributed to the Preference Trust to bring their dividends up.  The expecation is that they will not in the end reach 100 cents in the dollar but they may be close.

"Whilst the liquidation has been a long process the outcome is one McDonald Vague is very satisfied to have reached", says Peri Finnigan, director at McDonald Vague.  "Special thanks go to the liquidators' barrister, Kerry Fulton, who has worked tirelessly on this liquidation".

McDonald Vague would like creditors who have not received a distribution cheque to contact them at This email address is being protected from spambots. You need JavaScript enabled to view it. or 09 303 0506.

Did you know that not using the Personal Property Securities Register (PPSR) could expose your business to unnecessary risk?

Despite the fact that the online register celebrated its 10th anniversary in May this year, a surprising number of small business owners are not aware of the reduced financial risk that comes with registering security interests on the PPSR.

Registering your security interest on the PPSR may give you a better chance of recovering a debt if your debtor defaults. (Note:  Suppliers of stock need to register before delivery and suppliers of equipment need to register within 10 working days of delivery).

What a lot of people don't realise is registering on the PPSR is a valid defence against Insolvent Transaction (voidable preference) claims.

To date, you or one of your clients has probably never had to pay money back to a liquidator on a debt you have already collected.  If you do it's going to hurt as it feels like you are being penalised for doing your job properly!

Insolvency Practitioners are increasingly using Insolvent Transactions as their only means of recovering funds for creditors.

What is an Insolvent Transaction?

Insolvent Transactions can only arise when the debtor goes into liquidation and are covered in Section 292-296 of the Companies Act 1993.

A transaction is voidable on the application of the liquidator if:

We are suggesting that if the company was unable to pay its debts within terms of trade, and if the payment was made in the specified period, it may be pursued as an Insolvent Transaction but if you have registered a specific security to cover your supplies (a purchase money security interest "PMSI") then you will have a valid defence.

The reason for this is that the payment was simply settlement of a PMSI with a "super priority" and that consequently the secured creditor received no more than they would have been likely to receive in liquidation. There were no creditors with a higher priority.

Please be aware that this has not been tested in Court.  There are ways in which a liquidator may seek to challenge this.

As insolvency practitioners, McDonald Vague constantly sees what happens when people do not register on the PPSR correctly, or don't use the PPSR at all.  We can assist in mitigating the risk of Insolvent Transactions for you or your client losing priority to another creditor by implementing a PPSR policy.  We can also review terms of trade to ensure there is a right to register a PMSI or a General Security Agreement before goods are supplied.

Call Tony Maginness for a free consultation about registering on the PPSR and terms of trade. 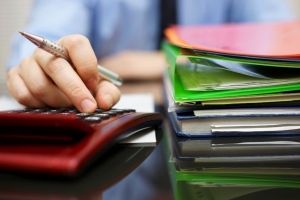 Are you likely to be forced to repay to a liquidator money previously received from a customer?

It has become relatively common for suppliers and others to be challenged by liquidators to repay funds that they have previously been paid.

Prior to the change of rules in late 2007, the contentious issue was determining what "the ordinary course of business" meant. The decisions surrounding liquidators' challenges did not discourage conventional or usual debt collection measures.

Since the McEntee Hire decision in August 2010 we have observed an increase in liquidators sending out letters seeking to challenge transactions.

It is disappointing that some liquidators seem to take an approach of challenging all payments made, rather than first considering whether there has been an actual preference to the creditor, any continuing business relationship (ie whether the contract was ongoing at the time of payment), industry practice (which may tolerate delays of payments), evidence and knowledge of credit concern, the nature of payments and trading history.

Consequently, we are sometimes asked to assist in reviewing Insolvent Transaction challenges taken by other liquidators.

As a result of such challenges, the Insolvent Transactions regime can be seen by suppliers in particular, to be at odds with prudent credit management. This is a conclusion that could be reached in light of the McEntee decision, but is that conclusion right?

We have also observed that suppliers are belatedly endeavouring to patch up holes in their procedures, in particular by late PPSR registrations of additional security rights to secure past indebtedness.

In our opinion, in some circumstances knowledge of a debtor's insolvency may be hard to avoid. It follows that the longer a debt goes unpaid the more likely it is that the supplier will be considered to be aware of the customer's inability to convert non-cash assets into cash, ie insolvency.

We consider that the consistent use of proper terms of trade, normal timely debt collection procedures, and asset protection mechanisms may protect a supplier from successful Insolvent Transaction challenges.

The regime therefore can be seen to encourage stricter credit terms and management, well defined trading terms and better security management. The mere fact of applying pressure to get payment does not in itself compel the conclusion that the payment is an Insolvent Transaction.

In an insolvent liquidation, unsecured creditors are treated equally and the company's assets are shared on a pro rata (or 'pari passu') basis. The term that is often used is to stop a creditor from 'stealing a march' on others. Where payments give individual creditors a preference, the regime enables a liquidator to set aside and claw back payments made within the two years before liquidation.

One feature of the current regime is the running account concept. This allows for the net effect of a series of invoices and payments in a "continuing business relationship" to be considered as one transaction. This is designed to stop liquidators challenging a series of payments to the same supplier, instead putting the focus on what the overall effect of the transactions was.

In McEntee Hire, it was agreed that a continuing business relationship existed, as McEntee had traded with its customer for over three years, with many sales and payments regularly in that period. However, the Court found that the continuing business relationship ended when McEntee issued a stop credit notice and referred the debt to a collection agency. It was noted that this was done four months after the last invoice for supply had been issued, and in circumstances where its policy in cases of suspected insolvency was to refer the debt to a collection agency.

McEntee argued that the stop credit notice was not the end of the continuing business relationship but more to "rebalance" and "preserve" the trading relationship, and did not reflect any concerns about the company's solvency. The liquidators successfully argued that payments were not being made to induce further supplies, and the relationship had shifted to one of pure debt collection.

We speculate that had the right to stop credit been with regard to a credit limit or other credit terms, and the referral to a debt collection agency been earlier and as a routine referral, the continuing business relationship may have endured.

An Insolvent Transaction claim is calculated in a number of ways; firstly where there is no running account, as a sum of payments, secondly when there is a running account, the net difference between the opening and closing balances and lastly, at the point of peak indebtedness - being the difference between the peak and the closing balance. This is illustrated as follows:-

In this example, a supplier commenced trading with a customer in 2010. By November 2011, the customer owed the supplier $30,000. Six months later the customer owed $40,000. In June 2012, the company is placed into liquidation owing the supplier $20,000. Using this example, a liquidator could argue peak indebtedness and say the supplier was preferred by $50,000. The liquidator cannot cherry- pick a transaction (eg the April 2012 $60,000 payment) when there is a running account, and ignore that the creditor continued to trade with the company as a result of the payments made. Australian authorities have said, however, that liquidators ought to cherry-pick a date of peak indebtedness that best suits the general body of creditors. Section 292(4B) of the Companies Act 1993 does not limit a liquidator's ability to do so.

Insolvent Transactions will be a contentious but necessary feature of insolvency law for the foreseeable future. Creditors should review trade terms, and ensure that they have policies and debt collection processes and procedures that minimise the ability for liquidators to claw back valuable funds.