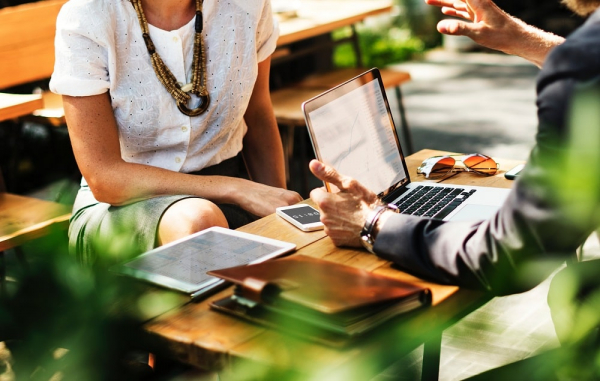 A question that will often arise in discussions with the directors and shareholders of companies facing financial difficulties is what their personal liabilities are.

The purpose of this article is to identify some of the ways in which you can become personally liable and the steps you can take to avoid or mitigate that liability.

It is common for trade suppliers to require the directors of a company seeking to open a credit account with them to provide a personal guarantee (PG). To be enforceable, the terms of the guarantee must be in writing, must be brought to the guarantor’s attention and must be signed by the guarantor as accepted. The terms of the PG are often incorporated in the trading terms and conditions for the account so be careful to read ALL the small print before you sign the acceptance at the bottom of the page.

If the company is placed into liquidation, the creditor can make a call on the guarantor to meet their obligations under the guarantee without having to wait for the liquidation process to be completed.

You can try to avoid providing guarantees however you may have to if you want a credit account with that particular supplier. You could also seek to limit the guarantee to a specified maximum amount.

It is common for directors and shareholders who work in a company business to take drawings rather than paying themselves a wage or salary with PAYE and other payroll deductions taken out and declared to the Inland Revenue Department.

Providing the accounting process is followed properly, there is nothing wrong with doing this.

If you take more funds out of the company than you put in it creates a liability. To mitigate that liability, make sure your accountant attributes an annual salary to you in your current account when completing the annual financial reports for the company. This will require you to declare that salary in your personal tax return and pay tax on it.

The Companies Act 1993 (‘the Act”) sets out the duties and obligations of a director to the company and, if the company is insolvent, to its creditors.

If a director breaches one or more of those duties and obligations, they can be held personally liable for some, or all, of the company’s debts.

To avoid the potential liability, make sure you know what your duties and obligations are, who they are owed to and how that position can change depending on the financial state of the company.

The failure to pay GST, and PAYE, and other payroll deductions that have been taken from an employee’s wages, to the Inland Revenue Department can lead to a prosecution being undertaken by the IRD and result in the company directors being held personally liable for the debts.

The penalties imposed on conviction for failing to pay on the taxes deducted from employee’s pay can be severe, including terms of imprisonment.

To avoid this potential personal liability, keep a separate tax account into which you put all GST and payroll deductions payable to the IRD and make sure you pay it on when due.

If you have cashflow issues, then you may be eligible to apply to the IRD for hardship relief or an instalment plan. Acting early will reduce your potential personal liability.

The Phoenix Company provisions of the Act were put in place to ensure that, if a company fails, the directors cannot just set up a new company with the same name, or a similar name (a phoenix company), and carry on trading without their creditors or suppliers being aware of what has happened.

The director of a failed company is banned from operating a new company with the same or similar name for a period of 5 years unless they have the permission of the Court or one of the exceptions set out in sections 386D to 386F apply.

The 3 exceptions referred to are –

If the director of a failed company sets up a phoenix company and does not have Court approval or meet the requirements of one of the exceptions, then the director can be found personally liable for debts of the phoenix company and could also, on conviction on indictment for the breach of the Act, be liable to fine of up to $200,000 or imprisonment for 5 years.

To avoid falling foul of the phoenix company provisions, make sure that you obtain good professional advice on whether your proposed course of action will be in breach of those provisions and what needs to be done to correct that position.

You can restructure and trade with the same or similar name, if you follow the right steps.

There is the potential for liabilities of your insolvent company to become your personal problem if you have not paid attention to your duties as a director of the company or you have used funds from the company in breach of your obligations.

If you would like more information on your personal position and how you can best protect yourself from personal liability, please contact one of the team at McDonald Vague.