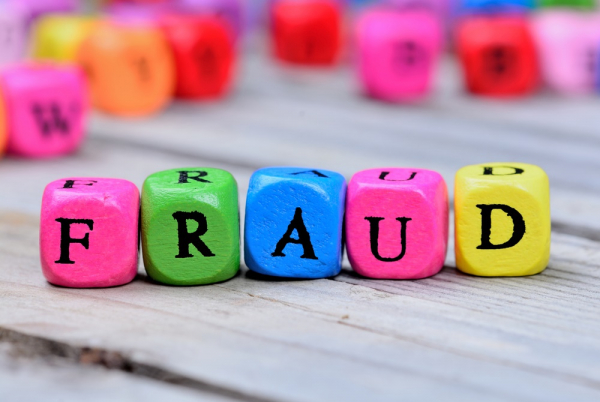 In our article published in April 2017, Internal Fraud – The Threat from Within, we discussed the issue of fraud committed on an organisation by its own officers and staff, the types of offending and some basic steps that can be undertaken to reduce the risk of internal fraud.

These steps included the need to have robust and durable systems and procedures in place to lessen the opportunities for fraud to be committed or, if they are committed, increase the chances that they will be discovered before they can cause irreparable damage to the business.

A case that our firm was involved in highlights what fraud can cost a director of a company personally if another member of the business, in this case a fellow director, defrauds clients of the company through the company’s business and the director has not been vigilant in exercising their duty to ensure that the company’s activities are being properly conducted and managed.

Another case mentioned later in this article discusses the reliance on advice from certain persons including professional advisers and other directors and further enforces the liability of non-executive directors with knowledge.

FXHT was incorporated in June 2005.  Peter Justin Hitchinson was one of three directors on incorporation.

In December 2005, Dirk Oberholster became a director of FXHT and invested some funds in the business. FXHT’s business was the management of clients’ investments in foreign exchange markets. Mr Oberholster was a medical doctor and, although he had other company interests, he had no expertise in fund management.

The other two original directors ceased in July 2005 and March 2006 leaving Mr Hitchinson and Mr Oberholster as directors.

About 1 year after accepting appointment as director, Mr Oberholster discovered that Mr Hitchinson had been defrauding clients of the company.  Mr Hitchinson resigned and the matter was reported to the Police.  Mr Hitchinson was subsequently convicted of criminal fraud and sentenced to imprisonment.

The company was subsequently liquidated and Peri Finnigan and Boris van Delden were appointed as liquidators. The liquidators’ investigations confirmed that Mr Hitchinson had misapplied client funds to pay out other prior investors and to keep the business operating.

The High Court found that Mr Oberholster breached section 135 of the Companies Act 1993 (“the Act”) in that he allowed the business of FXHT to be carried on in a manner likely to cause a substantial risk of serious loss to the company’s creditors by allowing Mr Hitchinson free rein to run the company without requiring any formal reporting.

The Court also found Mr Oberholster was in breach of his duty of care under section 137 for failing to put in place adequate systems of control and reporting.

Mr Oberholster was ordered to contribute funds to the liquidation to reimburse clients.

This case highlights the problems that can be caused to a company, and its officers, by fraud committed by someone within its organisation.

It also highlights the risks faced by a director by becoming involved in a company whose business is outside their expertise and who fails to comply with the statutory requirements of being a director.

Mr Oberholster was not involved in any way with the fraud committed against clients by his fellow director but, because the Court held that he had not properly carried out his duties as a director, he became personally liable to reimburse, at least in part, the clients who had suffered losses.

Use of Information and Advice – A defence?

Section 138 of the Act can provide some relief from personal liability to directors who rely on advice given to them by certain classes of people, including professional advisers and other directors.

This is dependent on the individual director's situation, knowledge and responses, and may be particularly relevant where the director concerned is a non-executive director and not involved in the day to day operation of the business, who makes reasonable enquiries and receives misleading information from the other director.

However, once the non-executive director is in possession of information or could be reasonably expected to have acquired sufficient knowledge of the company’s business and how that business is being managed, they may be found liable from that point onwards.

This is set out in the High Court and Court of Appeal decisions in the case Grant & Ors v Johnston & Ors. We have included the link to the High Court decision in this case.

In this case it was decided that a non executive director who was mislead for a period of time, and who took affirmative action to identify and correct company deficiencies including lending the company significant sums of money to fund trading losses was not required to pay a contribution to creditors despite having been found negligent as a director from the time that the Court determined he should reasonably have paid attention to the mounting evidence of his fellow director’s ill disciplined and incompetent management and the adverse results that followed.

These cases remind us that directors in any role must be active and vigilant, and that while a non-executive director may be given some time to learn and then remedy poor company trading, there comes a time when continuing a company trading will not be considered to be a reasonable course of action.

If you are a director and are concerned about your company's financial performance, you have reservations about the information you are being provided, you would like more information about your duties as a director, or you want advice on restructuring,  business systems and procedures, please contact McDonald Vague.