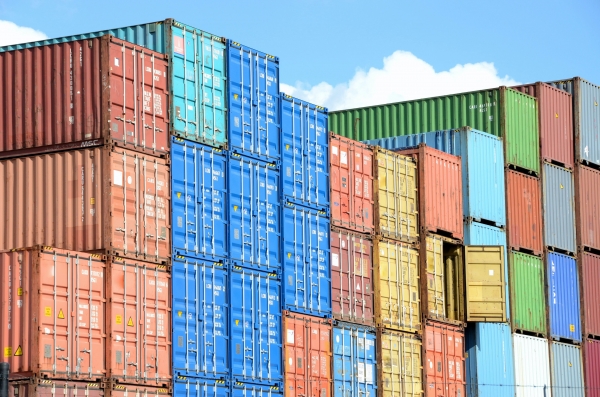 insolvency by the numbers

Pressure and frustration continues to build for business owners and the wider economy; due to the lack of transparency, a proper plan in place as to when we may once again open up the country and what needs to be achieved to have these lockdown restrictions lifted.

We have now had our first full calendar month with Auckland and the surrounding regions at Alert Levels 3 & 4; while the rest of the country remains at Alert Level 2. The lockdown effects are being felt across the country, both financially and emotionally.

As we saw with the first round of lockdowns in 2020, lockdowns have a negative effect on insolvency figures, which have once again taken a sudden drop. Historically, we see a seasonal slowdown in insolvency figures over the Christmas period, so numbers may not see a recovery till 2022.

The factors affecting the NZ economy continue:
- Shipping delays and cost increases both international and domestic
- Supply shortages across several industries
- High consumer demand for goods
- Labour shortages
- Inflation higher than RBNZ’s targets leading to a lift in the OCR of 25 base points
- Continued quantitative easing and spending by governments propping up the economy

The August 2021 lockdown has introduced some additional uncertainty into the economy:
- Restrictions/Rules at each lockdown level continue to change from prior lockdowns
- Business’ that could previously open and trade at breakeven at level 2 have lost this option due to increased patronage restrictions of indoor spaces (hospitality, arts, tourism, venues)
- Central government support has been more targeted compared to previous lockdowns

Inflation figures released on 18 October 2021 for the quarter ended September show inflation of 2.2% in the quarter, putting yearly inflation at 4.9% driven largely by government spending and money printing. This will no doubt flow through into future OCR rises in attempts to curb the rise.

A quick side note we are seeing with October appointments is that IRD are now starting to apply pressure in those regions at level 2. Be sure to check back in for next months article for full details.

With the Level 3 & 4 lockdown over parts of the North Island, the drop in appointments has not quite reached the lows seen following the late March 2020 full country lockdown. When September 2021 is compared with past year highs and averages, the drop off in appointments is noticeable.

Notable insolvency appointments in September:
- Allpress Expresso – The company has undergone a solvent liquidation following the sale of its business.
- Tai Ping Asian Supermarket (Beach Road)– Liquidators; then Receivers were appointed due to decreased patronage from overseas students.
- Cash Converters Onehunga; traded as an Onehunga based pawn broker. The Limited Partnership and Limited company have both been placed into liquidation by their shareholders.
- Ormiston Rise – The company was involved in the governments Kiwibuild projects, was placed into liquidation following its entry into Administration and Receivership earlier in the year.

Due to popular demand, I have taken the figures a step further and broken the appointment figures down by industry. Business operating in the construction industry and property development are currently making up 37% of total appointments. I expect to see Hospitality and Retail gaining a larger chunk of the pie in the coming months if the lockdown restrictions are not eased.

The number of personal insolvencies has seen a drop to its lowest levels since pre 2018, with No Asset Procedures at an all time low. The plateau seen from April 2021 onwards, has now dropped off.

A common discussion I’ve had with colleagues, business owners and friends is around how insolvency figures can continue to track downwards when the country remains in lockdown, while business’ and individuals struggle to make ends meet. At this stage, it’s a wait and see approach for the future; coupled with guess’ as to how inflation will affect the economy and whether wages will track upwards to keep pace with it.

The drop in Winding Up Applications, seen in the second half of August, has continued into September. The IRD have pulled back on enforcement action and provided business’ extra time and leniency to deal with arrears, while the country remains in lockdown. There has however been an increase in IRD activity in Level 2 locations.

We expect that this approach will continue from IRD until such time as the country is back at level 1, or until instructed otherwise by the government.

In addition to IRD stepping back their enforcement action, difficulities around serving documents on business’, court delays and the “be kind” mentality, have seen winding up applications continue to track down. As mentioned this will have a continued downward affect on creditor appointments in the coming months. Less winding up applications now, mean less liquidation appointments in the following months.

The below graph details how the numbers of advertised winding up applications, actually resulted in liquidation. While IRD was the only applicant with liquidations in September 2021, this is likely due to their need to chase every debt to the finale; they rarely write off unpaid debts.

If you want to have a chat about any points raised or an issue you may have you can DM me, call on 0800 30 30 34 or email This email address is being protected from spambots. You need JavaScript enabled to view it..

I am always available for a chat and am happy to help.