Insolvency By The Numbers: NZ Insolvency Statistics re August 2021 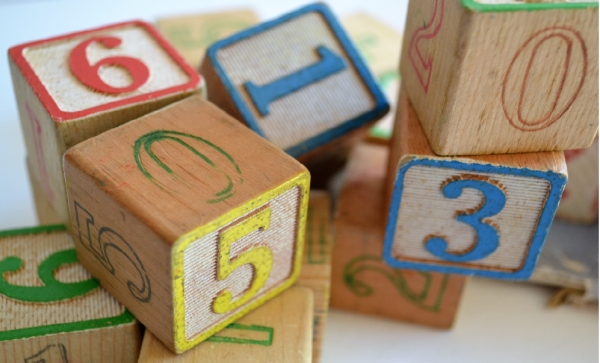 August 2021 has been a story of two halves. Between 1 and 17 August 2021, the outlook for economic growth was continuing to look positive. On 17 August 2021, the government called a press conference and, at 6:00 pm that evening, Jacinda Ardern told New Zealand that the country would be moving to alert Level 4 from 11:59 om that night. From 18 August 2021, most businesses were again forced to shut their premises as we returned to Level 4 lockdown and our home bubbles. Those of us that could, readjusted to working from home but Level 4 left many businesses unable to operate. The short notice also meant that many businesses – including those in hospitality, agriculture (who do not supply to the supermarkets), and floriculture – suffered huge losses of product as a result of the lockdown announcement.

Since the COVID-19 pandemic began, at least part of New Zealand has been in an Alert Level 3 or Level 4 lockdown for a total of 91 days to the end of August 2021. All of September and at least part of October will add to this total.

According to Statistics New Zealand, electronic card transactions in August 2021 was $6.433 billion, down $1.257 billion when compared to July 2021. Spending on consumables was up by $216 million but spending in all other categories were down:

The increase in the OCR that was being anticipated in the first half of August 2021 did not eventuate at the 18 August 2021 OCR announcement, a decision made off the back of the just re-introduced Level 4 lockdown. The Reserve Bank confirmed that the OCR is below the neutral interest rate, estimated to be around 2 percent, and said that its economic projections imply OCR increases are coming. The language used at the OCR review in August 2021 strongly suggested that the OCR could increase as early as 6 October 2021, when the OCR is next reviewed. We will know shortly whether the Level 4 and Level 3 lockdowns, especially in Auckland, have caused further delays to the anticipated OCR increases. Further increases to mortgage lending rates by the banks in September 2021 indicate that expect the answer to be no.

In August 2021, New Zealand spent 14 days in Alert Level 3 or higher. While the total number of corporate insolvency appointments in August was only down by 11.4 percent when compared to July 2021, the appointments over the lockdown period account for just 29.5 percent of the month’s total appointments.

There were four receiverships in August 2021, all of which started before the country went into Alert Level 4 lockdown. Four companies that entered voluntary administration earlier this year were put into liquidation at their watershed meetings this month. Of the two voluntary administrations in August 2021, one of the companies is now in liquidation and in receivership and the other has not yet reported on the outcome of its watershed meeting.

Notable insolvency appointments in August:
- Three of the Sacred Hill Vineyard entities have been placed into liquidation. These companies have been in receivership since May 2021.
- WNMC Limited (Wellington Night Market Cuba) is no longer trading and has been put into liquidation.
- Diners Club (NZ) Limited, who used to provide credit card services through The Warehouse, is going through a solvent liquidation.

The personal insolvency numbers have been fairly consistent since April 2021. The number of bankruptcies in August 2021 were lower than in July but the number of Debt Repayment Orders was higher.

As the cost of living continues to increase and businesses are put under more pressure, we expect that there will be more payment defaults and demands made on guarantors. Personal insolvencies are likely to increase as a result.

Many businesses are suffering from lower turnover because of lockdown why still incurring fixed overheads and operating expenses, which means many businesses have been operating at a loss for some time now. A number of Auckland retail businesses also lost out on potential sales when Auckland was in Alert Level 4 so could not operate but the rest of New Zealand was at Alert Level 2 and able to dispatch goods to Auckland customers.

While everyone understands that most businesses are doing it tough, the situation is precarious. For every business that closes its doors, employees will lose their jobs. While a company’s suppliers may be able to provide some breathing space in the short term in the hopes that the business’ cash flow will recover, that supplier will also have to deal with its own creditors. To date, we have not seen very many iconic businesses fail in New Zealand as a result of COVID-19.

When Mainzeal collapsed, there was a domino effect through the market, the effects of which are still at play. It remains to be seen whether, when (or if) the first large New Zealand business fails because of the COVID-19 pandemic, the house of cards will come tumbling down.