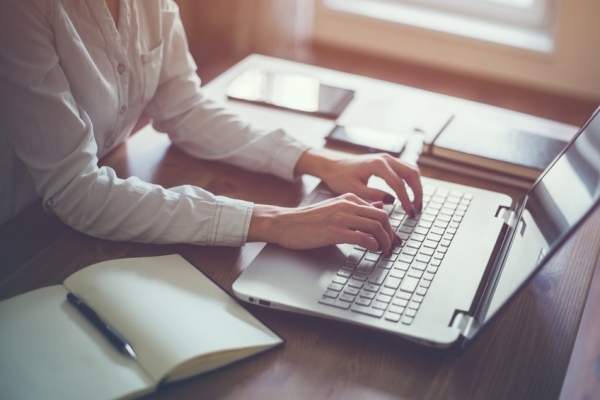 Our first article of the year reviews the significant issues and developments in insolvency from 2012 and looks at their impact on the industry into 2013 and beyond.

Insolvency practitioner licensing has not yet been adopted

Legislation has been drafted however the approach and extent to a licensing regime seems to be difficult to agree and has generated much discussion within what is a relatively small industry. In late 2012 INSOL (the NZICA administered insolvency special interest group) proposed a voluntary registration regime, in an effort to provide all parties with more confidence when choosing and dealing with insolvency practitioners ("IPs").

IPs regularly hold significant funds for creditors, with minimal oversight.  The recent conviction of a liquidator for theft of funds from one of his liquidations highlights just one of the risks of having the wrong liquidator.  In that case the IP did not open bank accounts for each insolvency engagement and did not have access to or use a trust account.  Unfortunately, we note that neither of the proposed licensing regimes have any processes that would reduce the risk of theft by an IP, as they do not require audit of the trust or bank accounts.   We will cover the above points in detail in a future newsletter.

In our opinion, appropriate bank and independent practice verification arrangements are minimum engagement standards that need to be met, which anybody considering appointing a liquidator should raise with the prospective practitioner(s).

We recommend that creditors should maintain a lively interest in the progress of liquidations, and the results that liquidators are achieving in recovering assets and returning funds to creditors, so that they appoint liquidators who will achieve a good result for them if such a result is possible.

Creditors do have rights and remedies if they suspect wrongdoing by a liquidator, and these should be exercised.

We summarised the important Burns v IRD case on the definition of 'accounts receivable' in our February 2012 article.    Our latest information is that the case has been appealed and this is expected to be heard in late March 2013.  We await the outcome of the appeal, as we have experienced many instances in which it is uncertain whether preferential creditors or GSA holders are entitled to recoveries of assets, as those assets may arguably be classed as accounts receivable as a result of the Burns decision.

The PPSA - PMSI creditors still losing out due to non-registration

The Personal Property Securities Act 1999 ("PPSA") has been in force for a long time now and we expect most businesses will have been exposed to the power of the legislation at some point.  Despite this, businesses are still leaving themselves in a potentially worse position than they would have been had they registered a security interest on the PPSA.

Our April 2012 article summarised some of the key issues in this area.

Further, in our experience some suppliers have not understood the benefit of proper comprehensive terms of trade.  We have seen many instances where creditors have claimed rights and remedies and taken positions, which they were not able to maintain due to deficient terms of trade.

You may have read of the recent liquidations of these Wellington based investment companies.  The liquidators' reports make grim reading.   Investors' funds supposedly totalled around $450m but the liquidators have only been able to identify assets worth around $10.5m.  Mr Ross and his entities seem to have operated a classic Ponzi type scheme, whereby money from new investors is used to pay high returns to previous investors based on non-existent profits.  Mr Ross evidently formed a number of companies with differing roles within the overall structure.  Each entity is likely to have its own creditors and will also possibly owe funds to investors on specific terms.

We note that the same liquidators were appointed over all entities.  This in our opinion could lead to a clash of interests as different groups of investors in different entities try to maximise their recoveries.  We were invited to attend one meeting of investors in Wellington in which the investors at that meeting were comfortable with that prospect. However we believe the potential for a conflict still exists and we remain available to discuss issues with investors or their advisers as they arise.

In November 2012, the GST Act was amended to prevent a liquidator or receiver from changing a company's GST basis from the Payments basis to the Invoice basis and thereby triggering a refund.  We have considered the funds recovered from this procedure to be an asset of the company, and one aspect of a recovery process to maximise recoveries for creditors.  Sometimes it was the only recoverable asset that existed.  The change in legislation however, only arises once a company is in receivership or liquidation, so we suggest that directors, accountants and advisers consider the GST accounting basis, and whether the company could be assisted by changing the GST accounting basis. This may lead to a reduction in exposure to the IRD.

There is an accounting process to go through as a result of a change of GST accounting basis and issues to consider that may be time consuming or take company staff away from their normal duties.  We have staff members who are experienced in dealing with such issues and we would be happy to assist or advise.  Contact Boris van Delden for further information or to arrange a meeting.

Directors jailed for non-payment of PAYE

During 2012 we saw a continuation of successful prosecutions following IRD complaints against directors for failure to pay over PAYE.   Legally, such monies are held in trust for the IRD.  If not remedied quickly, directors will face prosecution with home detention and jail time as possible penalties.

We regularly advise directors/shareholders that if the company isn't generating a return for their efforts and investment after paying company creditors then they should seriously consider liquidation.  Escalating indebtedness to IRD is a clear signal to shareholders, directors and advisers that the company should not continue as it is.

A decision to liquidate in such cases is most often the right decision.  It is only a matter of time before IRD will take steps to liquidate if the inability to meet commitments continues without proper attention.

We are happy to meet with people to discuss their financial position, and the options available.

Since our June 2012 article, we have continued to see some IPs issuing Insolvent Transaction claims. In some cases this is within only 48 hours of the liquidators' appointment, and for amounts less than $1,000.    As a result we are regularly asked to assist creditors facing a challenge to look for potential defences to the challenge.

We suspect that the approach taken by a few IPs has meant that creditors have delayed the appointment of liquidators to companies that owe them funds, preferring perhaps to let the matter rest and avoid litigation.

Two High Court decisions from late 2012 have assisted creditors with the range of defences available to them.  In both decisions the High Court judges decided that a creditor/supplier did not have to repay funds to the respective liquidations because the creditor had given value for the payment before the payment was made.  This is a significant change from how the defences available to creditors had been previously interpreted.

We need to note that the decisions are being appealed, and that the good faith and no reason to suspect insolvency defences still need to be satisfied.

In response to numerous queries on this topic, we have prepared a presentation for interested parties.   Please contact us if this is of interest to you.

We welcome questions on any of these matters.  We are always available to provide advice regarding companies or individuals facing financial difficulty.

DISCLAIMER
This article is intended to provide general information and should not be construed as advice of any kind. Parties who require clarification on issues raised in this article should take their own advice.