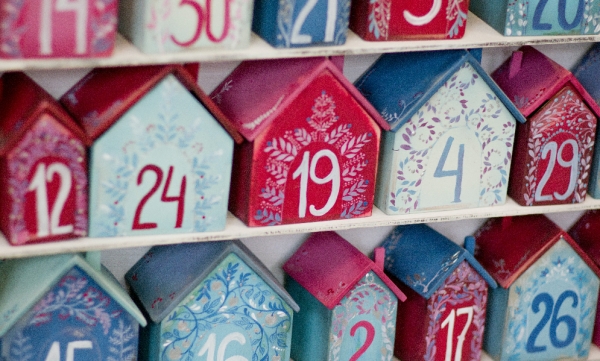 While it feels like we have powered through the last quarter of this year, unbelievably it is already mid-December, and we are one week out from Christmas. Everyone is in a flurry of busyness trying to clear their desks before the holiday period and we enter the seasonal slowdown. Due to the late move in the alert level system and reopening of hospitality venues, especially in Auckland, a lot of the usual Christmas functions from clients, associations and work do’s have been cancelled. Due in part to the uncertainty of the time and the months of planning required. Businesses will no doubt be feeling the hurt having missed out on a traditionally busy time of year for them.

The Traffic Light System is now in effect, towns that had previously experienced Level 2 freedoms have now moved to the Red traffic light level owing to low vaccine levels and increased restrictions experienced. The ‘light at the end of the tunnel’ (for want of a better term) is the promise of the whole country moving down to the Orange level alert on New Years Eve. At some stage we may see towns and regions progress to the Green level; when this will be, is anyone guess.

From a property market point of view, murmurs continue that property is beginning to slow down in certain regions with higher housing supply when compared to the last 2 years in the lower North Island. The high levels of building projects coming to completion in 2022 and tightened banking restrictions may see some of the pressure taken out of the residential housing market. Whether this will result in a downturn or we end up with a flat market for a few years is yet to be seen. The high levels of inflation in both NZ and abroad with likely continued ORC rises in the coming months with the next announcement in Feb 2022.

From supply chain perspective shortages continue in both the building sector and other industries. This also shows up in the retail space as Christmas demand creates empty shelves and a postal system that was struggling with package delivery deadlines coming into December has been blown out even further with Christmas. NZ Post currently has on the website to not call them until the delay has gotten out to 10 working days. Otherwise, we are asked to wait patiently for our packages.

November company insolvency appointments continue the downwards trek of the last 5 months. As seen in the below graph, corporate appointments remain below the 2018, 2019 and 2020 figures in the lead up to the traditionally slower December and January months when the courts and legal profession take a break.

“Construction & Property” industry company appointments saw a slight drop from September and October 2021 figures but remain high and make up 31% of total appointments. These figures include both solvent and insolvent appointments. “Accommodation and Foods Services” maintain their 2nd place trophy with little change in overall percentage of appointments. “Transport, Postal and Warehousing” along with “Professional, Scientific and Technical Services” have both jumped to 13% for the month displacing “Retail Trade” to the lowest sector in the pie graph. This likely being the result of stores opening in the traffic light system and the hope of Christmas trade bringing some much needed funds into the coffers.

Bankruptcy appointments for the month of November have dropped off, compared to prior months with debtor applications making up 2/3rds of total bankruptcies. No Asset Procedures have lifted on past months figures and Debt Repayment Orders remain consistent on the past 3 months. It will be interesting to see how the usual Christmas over spending and financial hangover that follows will affect 2022 figures. Whether or not personal insolvency figures pick up now that government Covid subsidies and support have come to an end, with no plan for new subsidies yet evident under the traffic light system, as they do not incorporate a lockdown in the current traffic light levels.

Below is a graph showing those companies that ended up in liquidation following a winding up application. IRD makes up a sizable portion of creditor applications. Likely the result of having to follow through their collection processes to the end, or in this case the point of liquidation along with given the lenth of time it takes for IRD to pursue a debt. There will often be minimal assets remaining in a non trading company at this point and the application will often go undefended, while other creditors will often be taking action against companies that continue to trade.

If you want to have a chat about any points raised or an issue you may have you can call on 0800 30 30 34 or email This email address is being protected from spambots. You need JavaScript enabled to view it..