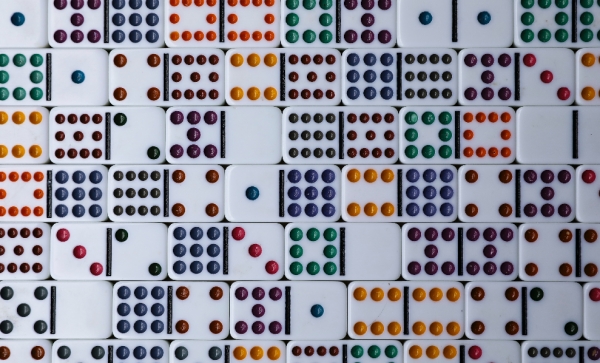 It would be generous to say 2021 ended with a bang for appointments in the insolvency sector, it was more of a dull fizzle. Personal and corporate insolvency figures continued the downward trend, they have been following in the second half of the year. Winding up applications on the other hand, fell off a cliff, racking up 4 total applications for the whole country in the month of December. A considerable drop from the years high point of 83 in June.

With the bulk of the country moving to the Orange Alert Level in the final days of the year (excluding northland) and the Auckland border closure being lifted in the middle of the month, it was somewhat of a return to normalcy for people and businesses over the Christmas period. With the outbreak of the latest Covid variant ‘Omicron’, the government has returned the country to the Red Alert Level in January. The lesser restrained trading of the Orange Alert Level was too short lived for many businesses in the Entertainment and Hospitality industry. Whether we see a change to the Traffic Light System to allow for lockdowns and subsidies, that have already been called for by businesses, coming back only time will tell.

Supply shortages continue to affect businesses and force price rises. Included in this are the overseas issues of businesses having to temporarily close overseas once a worker comes down with Omicron. These pressures will continue to be felt during 2022. The end of the 4th quarter 2022 saw inflation figures for the year at 5.9%. This is well outside the target for the RBNZ of 1%-3% and will no doubt lead to further OCR rises in the coming years in an effort to control inflation.

From the property market point of view, all of the measures introduced over the year came to a head in December with the amended CCCFA coming into effect and the banks clamping down on lending. Critics have been vocal on the overkill approach the banks have been taking and people being locked out from future lending and the housing market. The government as requested an inquiry into if the legislation is being implemented as intended. CoreLogic’s latest data indicates monthly property price rises have pulled right back on the huge lifts seen in the last 18 months.

Of interest in the coming year will be how the lockdown closures we have seen in 2021 will play out. You only have to walk down the main street of many towns to see the number of ‘closed’ and ‘up for lease’ premises. These closures have yet to trickle through to insolvency figures. Directors have closed the doors and realised the assets leaving creditors out of pocket through their actions. The question is will the creditors apply enough pressure to tip the companies over or leave it to IRD? Once these businesses go into liquidation the only assets left are likely claims against the director/shareholder or related parties. They may have received a preference over other creditors by selling the assets and taking the funds.

The yearly totals are in with December continuing the slide that has taken place since June. The figures are the lowest in the last 4 years. Of the 83 appointments for the month 31% of those related to solvent liquidations. Court appointment made up 19 appointments which is standard in the December month, as the courts wind up coming into Christmas.

Yearly insolvency appointments see new low points when compared to the last 4 years with under 1,500 total appointments for the whole of 2021.

“Construction & Property” industry company appointments saw a drop on prior months down to 23 % but continue to make up the largest sector. These figures include both solvent and insolvent appointments. “Accommodation and Foods Services” have dropped to 5th equal likely in the hope that those businesses that continue to trade would benefit from the December peak in consumer spending and holidaying.

The December figures saw the drop that is normally reserved for the January period. Not quite reaching the lowest point of the year bankruptcies made up 31% of the total, No Asset Procedures making up 51% and Debt Repayment Orders making up the difference.

Like most Christmas periods, personal insolvency figures tend to drop off over Christmas. Everyone overspends during this time only to get back from their holidays in late January, having the holidays to consider their options and work out that something has to change on the debt front. This often leads to a steady rise over February and March as people get their lives in order prior to the end of the financial year.

Total personal insolvency appointments for the year scrapped in just over 1,500 in total with the drop being largely in Bankruptcies and No Asset Procedures. Whereas Debt Repayment Orders maintained their 2020 levels.

There were 4 winding up applications in December and none of them were from the IRD. It can’t go much lower than this so 2022 has a low benchmark to beat. While December is generally lower due to the Christmas close down for lawyers and the courts this one is hard to explain other than creditors negotiating with debtors or putting the legal proceedings off until 2022.

If you want to have a chat about any points raised or an issue you may have you can call on 0800 30 30 34 or email This email address is being protected from spambots. You need JavaScript enabled to view it..