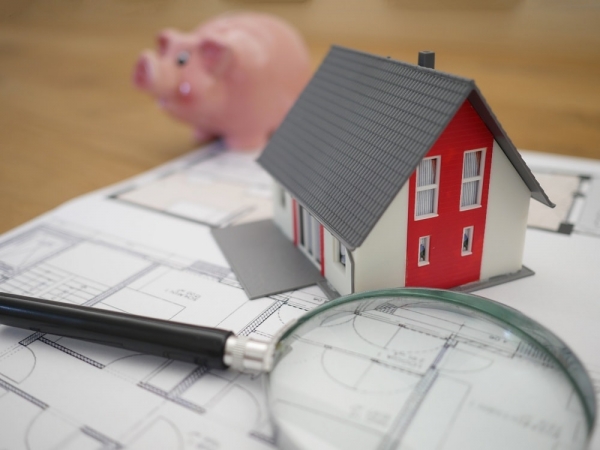 This article was prepared for RITANZ by James McMillan, Patrick Glennie and Nicole Thompson of Dentons Kensington Swan.

2020 was a year of reform in the insolvency sector. Most of the provisions of the Insolvency Practitioners Regulation Act 2019 (IPRA) came into force on 1 September 2020, with several other significant reforms coming in at or around the same time. In this article, we look back at some of the key issues insolvency practitioners were readying themselves to grapple with, and trace developments since the IPRA came into force.

• Unlicensed insolvency practitioners can no longer accept new insolvency assignments (and have until 31 August 2021 to complete existing assignments).
• Court consent is no longer required for the appointment of liquidators who had previously been engaged to investigate or advise on the solvency of the company or monitor its affairs.
• The restriction on companies voluntarily appointing liquidators when enforcement steps have already been taken by third parties has been varied.
• The votes of related creditors are no longer counted without a court order.
• Insolvency practitioners now have a duty to report “serious problems”, including any offence, negligence, or material breach of a director’s duties, or where the management of the company has materially contributed to it being unable to pay its debts.
• The clawback window for voidable transactions for unrelated parties has reduced from two years to six months.
• There are now prescriptive restrictions on practitioners and certain other related parties prohibiting them from purchasing company assets except in limited circumstances.
• Liquidators now have to provide an interest statement with their first report to creditors and update it every six months, disclosing any actual or perceived conflict of interest.
• The requirements for reporting to creditors are now more detailed and prescriptive.
• There are now stricter rules for keeping company money separate from that of the practitioner’s firm.
• Practitioners now need to keep accounting records and other company documents for six years after a liquidation finishes.

Developments since the reforms

A number of the reforms reflect practices that most practitioners were already complying with, but there was a fear that the reforms would lead to a greater administrative burden. While the reforms have led to some additional costs (both up front costs incurred in updating standard form documents and ongoing costs in complying with the more detailed reporting requirements), there is a sense that the changes have led to increased transparency for creditors.
Turning to some of the reforms more specifically:
• Licensing – The transitional provisions mean that RITANZ and NZICA members can continue to accept appointments provided they applied for a licence by 31 December 2020. There is a deadline of 31 August 2021 for these applications to be determined. Anecdotally, it appears there are a number of practitioners with applications outstanding, so we wait to see whether that deadline can be met. Also in relation to licensing, the industry will be aware of the case of Grant v RITANZ [2020] NZHC 2876, in which Damien Grant of Waterstone Insolvency challenged RITANZ’s refusal to grant him membership (which would have meant he fulfilled the criteria to be licensed by NZICA) on the grounds that he was not a fit and proper person. RITANZ was ordered to reconsider Mr Grant’s application and has, after further independent investigation, accepted Mr Grant as a member.

• Court consent to appointment – One of the aspects of the reforms with almost universal support was the amendment to section 280 of the Companies Act to remove the requirement for court approval for the appointment of liquidators or administrators who had provided professional services to the company as investigating accountants, or who had a prior business relationship with a secured creditor of the company. This requirement led to unnecessary cost, delays and administration time. This procedural step has now been rendered unnecessary and the amended section 280 is better focused on issues that are more likely to affect a liquidation or administration. Since 1 September 2020, there have been no reported decisions under this section.

• Voluntary appointment of liquidators when enforcement steps already taken – Initial views were that the amendment to section 241 AA of the Companies Act narrowed the existing law so that, once a company had been served with winding up proceedings, shareholders could only appoint their own liquidator with the consent of the creditor. However, in Commissioner of Inland Revenue (CIR) v Pop-Up Globe Foundation Ltd [2021] NZHC 515, Associate Judge Bell confirmed that appointment of a liquidator by shareholders would be effective if done within 10 working days of service of winding up proceedings or, if done outside the 10 working days, with the consent of the petitioning creditor.

• Related creditor voting – The move to disregard related creditor voting at creditors’ meetings unless the court orders otherwise seems to have been a sensible move. It deals with the risk of related creditors voting to protect their own interests (for example, by voting to keep a ‘friendly liquidator’ in office). This change may also mean fewer challenges to decisions made at creditors’ meetings, which will avoid the uncertainty that comes with such challenges. So far there are no reported cases of related creditors applying to the court under section 245A of the Companies Act for an order that their vote be taken into account.

• Duty to report “serious problems” – Section 60 of the IPRA imposes a duty on insolvency practitioners to report “serious problems” to the relevant authorities, with the potential for a fine of up to $10,000 for breach of this duty. The definition of a “serious problem” is wide and judicial guidance may be required on the interpretation of s 60 in the future (for example, guidance on what constitutes a material breach of directors’ duties and whether all offences, including the likes of traffic offences, need to be reported). In the meantime, practitioners are left with the cost of the additional reporting requirements and a number of questions as to the scope of the duty, including: how much information will be required; to what extent the duty applies where a settlement has been reached in respect of an alleged breach; and, what responsibility practitioners have for follow up action in circumstances where there is no benefit to creditors. The Companies Office website has an online form for reporting serious problems.

• Voidable transaction change – The reduction in the clawback window for voidable transactions for unrelated parties to six months (from two years) has given comfort to creditors. In our experience, this change strikes members of the community as fair. The previous two year window was considered by many to be too harsh on unrelated parties, with the passage of time and expense of litigation making it difficult to contest liquidators’ claims.

• Extended duty to keep records – Insolvency practitioners are still getting to grips with the full ramifications of this change, and we suspect that there may be rising complaints as the costs become clearer – especially as other legislation already covers specific records where there is a particular need for retention. We expect that the increased costs will ultimately be borne by creditors as practitioners will allow for it as a cost of the liquidation.
The next year and beyond

While the last eight months have given us clarity on some of the new rules and processes, we suspect that the bedding in process will continue for some time.