A little bit of magic 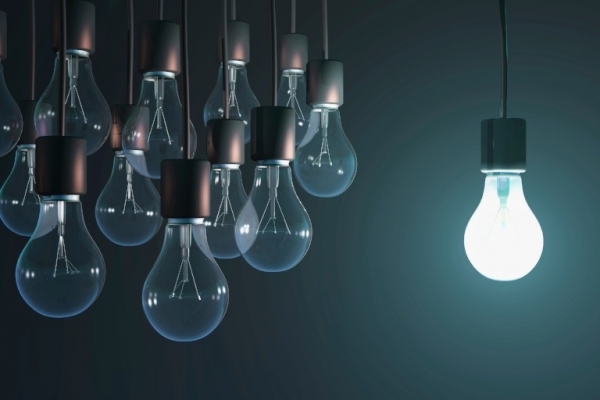 Business involves hard work and a bit of luck (or magic, given that only 29% of new businesses survive their tenth year). When things go wrong, a news release or a prosecution does not help creditors. Money in the hand does.

Just a quick note to say you have restored some of my confidence in human nature. I received $438.75 from the liquidation of [name removed]. Funds we thought we would never see again.

Remedying the situation monetarily is, however, interesting in a liquidation. Commonly, particularly in a High Court liquidation, any tangible assets of material value have been disposed of prior to liquidation, and the directors may be facing the prospect of bankruptcy. The unsecured creditor often throws their hands up in the air and writes off yet another debt.

In 2012, Peri Finnigan and Boris van Delden of McDonald Vague were appointed liquidators by the High Court of a small investment company, and subsequently by way of shareholders' resolution, of a wholly owned subsidiary that had operated as a retailer and wholesaler of 'fashion'. The companies' director, who was facing numerous personal guarantee claims and bankruptcy, advised McDonald Vague that neither company had any material value, all assets having already been disposed of essentially by fire sale. Money had been spent as if it was water.

However, within three months of the appointment, McDonald Vague had settled in full all third party unsecured claims against the companies (totalling 22 in number, or approximately half a million dollars by value) after entering into a settlement with the director.

The case is instructive, not only because it illustrates McDonald Vague's commitment to paying a distribution to creditors, but also because it confirms several practical points.

1. Not all company assets are disclosed in its financial accounts and you do not need a Court order to prove it

Too often we see grand statements based solely upon a company's set of financial accounts. Financial accounts, however, only provide a person's judgment on the company's financial position, and may not record, for example, unreconciled debtors, any contingent claims that the company or liquidators may have (such as over insolvent/voidable transactions), or how an unprofitable business can be turned around and made profitable.

In the case mentioned above, the distribution arose from an investigation that located payments that did not agree with the cashbook and financial accounts, and that confirmed the long term value of accrued tax losses to the director. Most importantly, the distribution arose from negotiation, persuasion and the receipt of funds from an insolvent person (through a third party). No claims were brought through the Courts.

2. Not all security interests registered on the Personal Property Securities Register ("PPSR") are valid or in relation to unpaid debts

Many creditors fail to remove their PPSR registration, even when they no longer do business with a company and have been repaid. Furthermore, creditors occasionally register an invalid and unenforceable security interest by, for example, registering their security against the wrong entity. This can mean that the position of an unsecured creditor is significantly better than that recorded on the PPSR. In the case mentioned above, General Security Agreements were registered against the companies on the PPSR at the date of the liquidators' appointment in relation to debts that had already been repaid.

3. The viability of all of your trading partners matters

When gaining a new customer, a business may perform a credit check and obtain security for goods and services supplied. However, it is relatively uncommon for a business to check the viability of its other trading partners, such as suppliers of materials, insurers and tax agents. In the case mentioned above, one of the companies had entered into and relied upon a licence agreement with an overseas sub-licensor covering a single brand. Expensive legal advice was obtained over the licence agreement, but the financial viability of the sub-licensor was never verified or checked. The sub-licensor subsequently went into administration, leading to the licence being lost, as well as the loss of stock that the company had paid for.

When a business is in financial difficulty, it gets difficult. A director is burdened with additional duties under the Companies Act 1993, gets chased by creditors and gets stressed. Sometimes it becomes too difficult for them, and they give up on their business and the creditors. In the case mentioned above, the companies unsuccessfully attempted to recover from the situation by changing the product offering sold in the retail premises, and then through a fire sale of assets. Notably, a key business engaged during the fire sale was unable to provide a financial account of the assets that they had dealt with. Had professional advice been obtained earlier, it is highly likely that the companies' debts would have been significantly less.

McDonald Vague is often instructed at the crisis point to provide a third party perspective, options, and assist a turnaround of a company wherever possible. We have consistently and successfully completed this across a wide range of industries in a confidential and successful manner for over twenty years.