Fairness of directors’ salaries and the protection of creditors’ interests 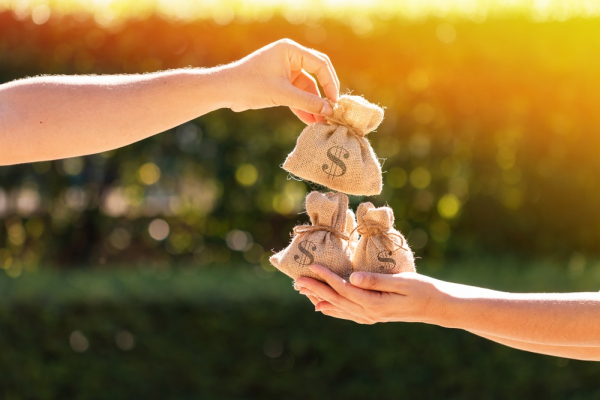 With financial year end, one of the considerations fresh in the minds of business owners and their advisors is the decision regarding appropriate directors’ remuneration.

In a previous article we reviewed the case of Madsen-Ries and Vance v Petera [2015] NZHC 538. In this article, we consider an issue on appeal by the liquidators of Petranz Limited (“the company”) as to whether salaries paid by the company to the directors were fair to the company when they were paid (Madsen-Ries v Petera [2016] NZCA 103). This article will also cover where creditor considerations fit in with such decision making, and the appropriate remedies for creditors if things go wrong.

During this time, the company made various non-business related payments that the Court deemed shareholder drawings, which caused their shareholder current accounts to be overdrawn. However, regarding salaries, in contrast to journalising director salaries at year end, the company paid the Peteras regular fixed amounts between October 2007 and May 2008. During this period the salaries were declared and PAYE paid to the IRD.

In the High Court, the liquidators of the company sued the Peteras for:

- Repayment of directors’ salaries they argued were unfair to the company at the time they were paid.

In addition to the repayment of the Peteras’ shareholder current accounts, the liquidators claimed a total of $453,003.33 for breach of director’s duties, including $132,255.09 for creditor claims and $321,647.64 for liquidators’ costs up to and including the trial. At the time of liquidation, the company owed creditors $132,555.33.

The High Court, considered the extent of the liquidators’ claim, and stated that their approach to this type of litigation was “[93] …neither cost effective nor proportionate” to the claim involved, and went against the intentions of the Companies Act 1993 (“the Act”).

Justice Lang found that the language and intent of sections 300 and 301 of the Act narrowed the issues to:
- The amount of compensation to the company that should be paid by the Peteras for reckless trading for actual loss, and
- the amount of personal liability for failure to keep proper accounting records.

Justice Lang found the Peteras had breached various director’s duties under the Act: s 131 (to act in good faith and in the best interest of the company), s 135 (not to allow the company to be operated in a manner likely to create a risk of serious loss to creditors), s 136 (not to permit the company to incur debts unless they objectively believe the company will be able to repay those debts), and s 137 (to exercise the reasonable care, diligence and skill that a reasonable director would in the same circumstances).

For their breach of directors’ duties, Justice Lang ordered the Peteras to repay the company $64,708, being the losses suffered by the Commissioner of Inland Revenue from the time he determined that they should have stopped trading (31 July 2006).

The Court of Appeal approved of the decision by Justice Lang, to order payment of $64,708 as appropriate compensation to the company for breach of duty not to trade recklessly (s 135 of the Act). The amount determined as compensation also effectively limited the liquidators’ further claims under this cause of action.

Under s 161(5) the directors would be personally liable to repay their salaries unless they could show the payments were fair to the company at the time they were made.

In the High Court Justice Lang determined the salary payments were fair to the company at the times they were made, and allowed the Peteras to retain their salaries on the basis that:
- “(the liquidators’ concerns) are answered to some extent by the fact that the company paid PAYE in respect of those payments. To that extent the debt owing to the Commissioner did not become larger during the period in which the payments were made” [50], and
- “the company gained full value from the work carried out” [51], and
- “the company was able to derive profit from Mr Petera’s work because it was able to charge customers for the driving duties he undertook on the company’s behalf” and “the company’s administrative needs were handled by Mrs Petera” [51].

In the Court of Appeal, the liquidators argued that the requirements that the salary payments be fair to the company, reflected the directors’ fiduciary duty of good faith (s 131 of the Act), and that they owed a duty to consider the fairness of the payments in relation to their effect on creditors’ interests, especially given the poor financial situation of the company at the time. The liquidators argued that, from the date of insolvency, the directors should have stopped trading and stopped paying themselves a salary (which would have protected creditor interests by preserving the company’s assets such as they were at the time).

The Court of Appeal however disagreed, and stated:

“[16] The scheme of the Act is that creditors’ interests are a relevant consideration for directors where the directors authorise distributions and other transfers of benefit by a company to its shareholders. In those circumstances the Act uses the solvency test, not the concept of fairness, to protect creditor interests. Where directors are called upon to authorise transactions in which the interests of the company on the one hand, and its directors or shareholders on the other, may diverge (including the payment of their remuneration), the Act uses the concept of fairness. The issue for the directors in those circumstances is fairness as between directors and the company. When certifying fairness, including where required by s 161, directors do not need to consider creditor interests. Directors may nevertheless be liable to contribute to an insolvent company’s assets to reflect losses attributable to the payment of director remuneration and, in turn, a company’s failure to meet its obligations to creditors. Such liability could arise under s 301, by reference to a breach of the s 135 duty not to trade recklessly.”

Liquidators’ Application for Leave to Appeal

The liquidators then sought leave to appeal to the Supreme Court, which although it accepted “[4] that the interpretation of the phrase “fair to the company” in s 161 raises an arguable issue of general importance”, declined to hear the appeal.

The Supreme Court found that such an appeal would require the Court to consider both a legal argument and conduct its own assessment of whether the payments were fair to the company, which it would not normally do, being a matter of “[5] application rather than principle”.

The Supreme Court also noted its concern over proportionality, given the amount already awarded in the High Court, the low level of company debt and the large claim of the liquidators.

Lastly, given the poor financial situation of the Peteras, who were facing bankruptcy, a further award against them would likely have no practical effect.

Regarding director remuneration, there is a distinction between fairness to creditors and fairness to the company. The duty of fairness is owed by directors to the company and indirectly to creditors, whose interests are directly addressed through solvency provisions and the enforcement of directors’ duties such as the duty not to trade recklessly.

The intent of sections 300 and 301 of the Act is to compensate the company and creditors for actual losses, and any further amounts claimed, such as liquidation costs, must be reasonable and proportional to the debts owed by the company.

Although s 161 contains a means of clawback of directors’ salaries, to claim both under this heading and the reckless trading provisions would involve a duplication of claim, and such approach has been rejected by the Court.

Nevertheless, directors must still take care to follow the procedures set out in s 161, and ensure their salaries are fair to the company at the time the salaries are paid.

Finally, if salaries are being paid to directors whilst ordinary creditors are not being paid, the company’s future viability should be reviewed. McDonald Vague can assist with that process.