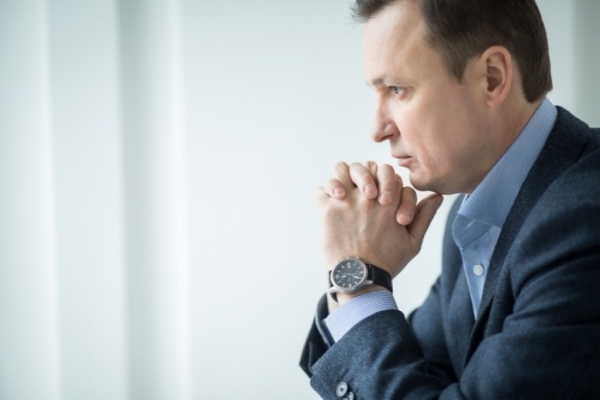 There is risk and responsibility that comes with being a director.  Sections 131 to 145 of the Companies Act 1993 (the Act) set out directors’ responsibilities and duties owed to both the company and third parties.  In the event of business failure by liquidation or other means, if any action is taken for breach of these sections of the Act, it generally falls to insolvency practitioners to act. Whether the insolvency practitioner decides to take any action for breach of directors’ duties is commonly assessed on a case-by-case basis, taking into consideration the likely recovery weighed against the cost of the action and the evidence available to support the action.

The ability to pursue a director, however, is not limited to just insolvency practitioners.  The purpose of this article is to address actions other than those available under Sections 131 to 145 of the Act, as these have been covered in our articles Setting the Records Straight and Directors’ Duties: Proper Accounting Records and Director Remuneration.  The organisations and actions reviewed in this article cover a number of other actions available to insolvency practitioners as well as creditors and third parties who may (or may not) have a relationship to the company.

The Act allows liquidators, creditors, and shareholders of a company in liquidation to apply to the High Court seeking that the Court look at the conduct of directors (and other persons specified in the section) and, if appropriate, order that the directors return money or property to the company or pay compensation to the company.  Creditors may also seek orders that the money to be paid or property to be transferred be paid or transferred to them rather than to the company in liquidation.

Under sections 382 and 383 of the Act, the Court can prohibit certain persons who have been convicted of specified offences against the company or convicted of a crime involving dishonesty from managing companies and/or being directors of companies without the High Court’s prior consent.

The Registrar of Companies (the Registrar) and the Financial Markets Authority (FMA).

The Registrar and the FMA have powers granted under Section 385 of the Act to prohibit persons who, within the preceding five years, have been involved in the management of one or more companies that have failed due to mismanagement.

The Registrar and FMA are responsible for supervising different markets/industries. The FMA is responsible for companies that operate inside the financial markets and the Registrar deals with companies operating in all other markets. A banning order against a director will not result in any recovery for the creditors of the failed companies but it will stop the director from being a director or promoter of a company, or taking part in the management of a company for up to ten years.

When considering whether to make a banning order, the Registrar will look at a number of aspects surrounding the failure of the company together with any supporting evidence that is attached to the complaint.  The Registrar will also conduct his own investigations, which will  typically include looking at the number of failed companies the person has been a director of and how the director’s involvement may have resulted in the failure of the company.

In addition to facilitating the banning order process, the Registrar also utilises the RIET to deal with matters of non-compliance of a serious and/or prolific nature under the Act. Where the director may have caused the company or its creditors serious financial loss or where there are persistent failures to comply with the Act, the RIET will investigate.

The RIET has the power to issue formal warnings, infringement notices, and/or the suspension or cancellation of the registration of an entity or individual.  The RIET also has the power to prosecute. These powers can be used at any time – the REIT does not have to wait for a business failure to take action.

While civil actions against a director are usually brought by an insolvency practitioner following a company’s collapse, the Police can be involved at any time over the course of the company’s life, if the matter is of a criminal nature.  Any party can refer any criminal matter to the Police.  As with any Police complaint, the Police undertake their own, independent investigation into any claims that are made and take appropriate action, based on the evidence available to them and level of the offending.

The SFO primarily deal with matters of public interest on a large scale.  It primarily deals with cases that involve multi-victim investment fraud, fraud involving those in positions of trusts and matters of bribery and corruption.

The SFO is responsible for investigating and prosecuting complex fraud cases that are not handled by the Police.  The SFO’s powers are wide reaching – their powers are not limited to investigating directors’ actions and the SFO can investigate matters at any time.

If a director has reassured creditors that the company is able to pay its debts and has made promises for payment but has not made the payments promised, that director could face proceedings brought by a creditor under Section 9 of the FTA for misleading and deceptive conduct and/or Sections 13, 43 and 45 of the FTA.

Directors making untrue statements can also face claims for negligent misstatement or deceit, where creditors have been told by a company’s director that payments will be made but those payments are never received.

There have been a number of successful cases brought by creditor against directors that have been found to be in breach of the FTA and/or have made misrepresentations.  In order to succeed on these types of claims, the creditor bringing the claim will need to prove (amongst other things) that the director (or other staff) were making the statement in his/their personal capacity, not on behalf of the failed company.  Because these types of actions against directors are taken through the Courts, which means they can be costly and uncertain in outcome.

If a company’s director is a member of a professional body, such as a director who is a Chartered Accountant or Lawyer, it is important to understand how and to what extent the professional body’s rules will apply to the director’s conduct, particularly in relation to disciplinary matters for conduct that occurs other than while acting as a member of their profession.

It is important to understand that, as a director or an individual acting through or on behalf of a company, you could be held personally liable for your actions.

If you wish to discuss directors’ actions and responsibilities further, please contact one of the team at McDonald Vague Limited.