COMMUNICATIONS PLUS LIMITED (IN LIQUIDATION) 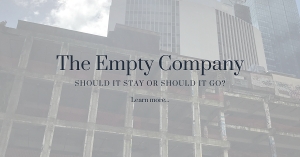 We know that deciding to let your business close can be hard, whatever the reason. If there are still creditors to pay, it can also be stressful, especially if all of the company’s assets have already been sold.

There’s a lot to be done after the company’s doors have shut and its assets have been sold. If you don’t want to be dealing with these issues on a piecemeal basis, we recommend that the company be put into liquidation.

We recognise that 2020 has been especially difficult for a lot of business owners. That’s why we’ve decided to offer shareholders our services to liquidate their non-trading, no asset companies for a one-off contribution of $3,000 plus GST towards the cost of the liquidation.

On 24 September 2020, the Supreme Court delivered its judgment on a case taken by the liquidators of Debut Homes Limited (In Liquidation) (Debut) against its director, Leonard Wayne Cooper.

In this case, the liquidators alleged that the director had been in breach of duties as director under the Companies Act 1993 (the Act) and were seeking orders against the director.

The background to the case was that Debut was a property developer and Mr Cooper was its sole director. At the end of 2012 Mr Cooper decided to wind down Debut’s operations. It would complete existing projects but would not take on any new ones. At the time the decision was made, it was predicted there would be a deficit of over $300,000 in GST once the wind-down was completed.

Section 135 of the Act relates to reckless trading and contains duties of particular relevance to insolvency situations. Section 135 states –

A director of a company must not-

(a) Agree to the business of the company being carried on in a manner likely to create a substantial risk of serious loss to the company’s creditors; or

(b) Cause or allow the business of the company to be carried on in a manner likely to create a substantial risk of serious loss to the company’s creditors.

Mr Cooper submitted that continuing to trade in circumstances of insolvency can be a legitimate business risk, not a breach of duty, if there is a probability of improving the position of most of the creditors, as was the case in this matter. He submitted that the reasonableness of such actions must be assessed in terms of the benefit to the company as a whole and not by reference to any detriment to individual creditors.

The Supreme Court found that there was a breach of section 135. It was known by Mr Cooper that there would be a GST shortfall of at least $300,000, which is a serious loss. It also said that it was not possible to compartmentalise creditors and held that it was a breach whether or not some creditors were better off and whether or not any overall deficit was projected to be reduced.

136 Duty in relation to obligations

A director of a company must not agree to the company incurring an obligation unless the director believes at that time on reasonable grounds that the company will be able to perform the obligation when it is required to do so.

They submit that Mr Cooper knew, when signing the sale and purchase agreements, that the GST obligation at least would not be met and that therefore he had breached the duty under section 136.
The Supreme Court decided that it is clear from the existence of section 136 that it is not legitimate to enter into a course of action to ensure some creditors receive a higher return where this is at the expense of incurring new liabilities which will not be paid.

(1) Subject to this section, a director of a company, when exercising powers or performing duties, must act in good faith and in what the director believes to be the best interests of the company.

The High Court held that Mr Cooper breached this duty in two respects. First, when he applied the funds realised from the sale of properties to fund further work and to satisfy secured debts which he had personally guaranteed. In doing so, the High Court said, he was not acting in good faith as he was not considering the obligations Debut owed to all its creditors. Secondly, Mr Cooper was acting in his own interests above those of Debut as, by failing to pay GST to the IRD, Mr Cooper was creating a new debt for Debut which would be subject to penalties and interest, while limiting his own liability for debts guaranteed by himself.

The Supreme Court held that Mr Cooper had breached his duties under section 131 because he failed to consider the interests of all creditors and acted in his own interests in direct conflict with Debut’s best interests.

The Judgment also includes decisions in relation to a possible defence for Mr Cooper under section 138 of the Act, whether or not a security in favour of a related trust should be set aside in part or in full, and the level of compensation to be ordered under section 301 of the Act, which we have not summarised.

As can be seen from the Judgment of the Supreme Court, which resulted in the restoration of the High Court orders against Mr Cooper to pay $280,000, there is a strong requirement on the directors of insolvent companies to consider the interests of the company, and all of its creditors, ahead of their own best interests.

It is also clear, when considering the interests of creditors, that a director has to consider them individually – not lump them together and say that while some creditors have lost more than they would have if trading hadn’t continued, overall the creditors are better off.

The practice of “robbing Peter to pay Paul” is not legitimate and can lead to directors facing allegations of breach of duty and, potentially, substantial orders to compensate the company and its creditors.

If you would like more information on the duties of directors, please contact one of the team at McDonald Vague.

Link to the Judgment Of The Court